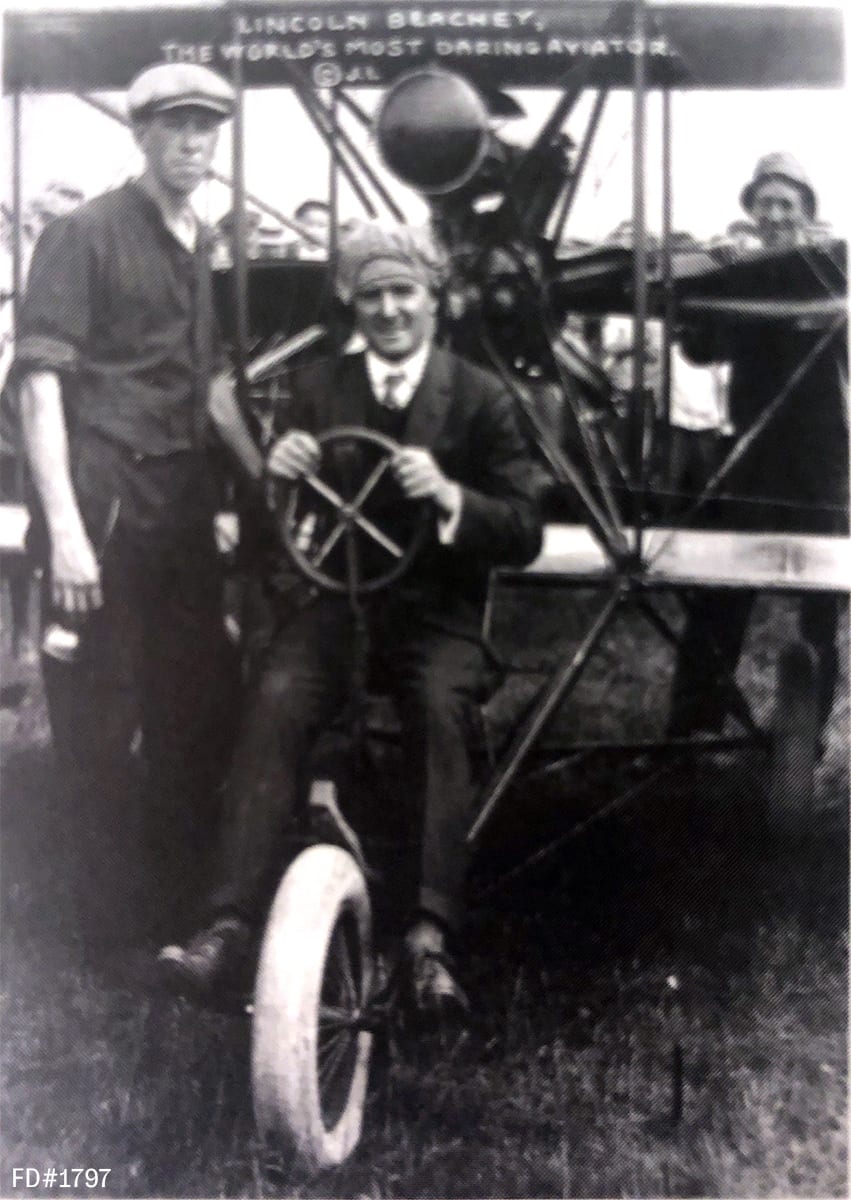 One of our deepest honors at Cypress Lawn Funeral Home & Memorial Park is to be able to pay tribute to the many prominent thinkers and leaders from the past century and beyond who are laid to rest here.

It’s always been our privilege to help our San Francisco neighbors of all ethnicities, religions, and cultures – including pioneers, immigrants, and individualists – lay their loved ones to rest with dignity.

In our series, “Buried at Cypress,” we are sharing the stories of the influential people who are laid to rest here in hopes that their passions and achievements will inspire future generations.

Lincoln Beachey was a famed daredevil aviator who was born in San Francisco. He was known across the country for his courageous stunts in the air and performed at exhibitions in front of crowds of thousands of people.

Tragically, Beachey died during his performance at the Panama-Pacific International Exposition in 1915. According to reports, his monoplane dropped while he was at 30,000 feet in the air and crashed into the San Francisco Bay.

An estimated crowd of 50,000 people witnessed the tragic accident. Thousands attended Beachey’s funeral. He is laid to rest within the Iona Churchyard section of our memorial park.

Cypress Lawn is also home to Gertrude Atherton, one of the best-known feminist regionalist writers of her time. She is believed to have authored 60 books during her lifetime.

One of her most notable works was the controversial novel Black Oxen, which was published in 1923 and was later turned into a silent movie. The novel’s main character is an older woman who is able to use medical treatments to appear younger than she actually is.

In additional to novels, Atherton also wrote short stories and essays about topics like feminism and politics for several magazines and newspapers.

Atherton was born in San Francisco and was also well-known for her writings about the romantic origins and influences of California. Following her death, her cremated remains were placed inside the Lakeside Columbarium, where they can still be found today.

At Cypress Lawn, it’s our honor to not only celebrate but also to preserve our treasured history, including the stories of all the souls who are laid to rest within our serene and beautiful memorial park. It’s our privilege to share this information with the public. One of the ways we do this is through monthly trolley tours, which include a docent-led journey of our grounds. Want to learn more about our history? Visit the Cypress Lawn Heritage Foundation website for more information.