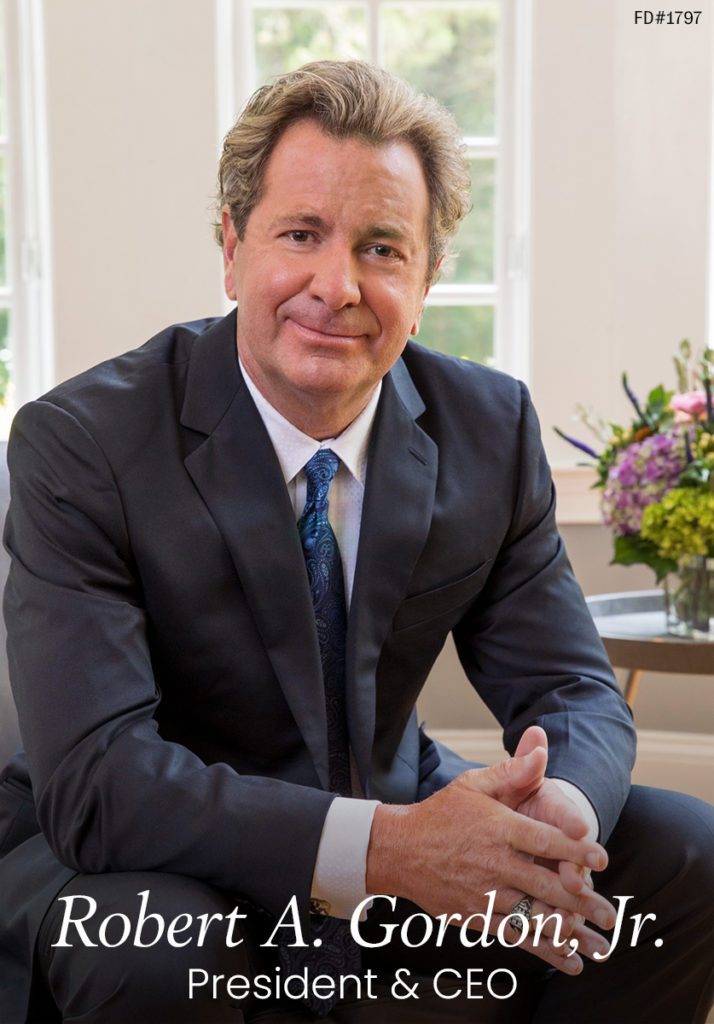 Bob Gordon Jr. is a California native and a 1988 Business Administration and Marketing graduate from San Diego State University. He has been in the funeral service and cemetery industry since 1980.

Bob is a fourth-generation funeral industry leader and began his career in funeral service at the age of 15 at his grandfather’s firm, Oakdale Mortuary & Memorial Park in Glendora, CA. He worked in every position at the family cemetery and funeral home, eventually rising to the level of Vice President. He remained in this role until he left the family business following 14 years of service.

Bob is a licensed funeral director and cemetery broker. Prior to accepting the position of President and CEO for the Cypress Lawn Cemetery Association, Bob held various leadership positions at SCI, including managing 12 locations that produced nearly $100 million annually. Before this, he also served as the Director of Sales for the San Diego-based El Camino Group for two large funeral home/cemetery combinations that served a large portion of the local Hispanic and Filipino communities.

Since joining Cypress Lawn as CEO in 2017, Bob has ushered in an era of unprecedented growth, including acquiring Olivet’s acreage and facilities, growing and diversifying the staff, expanding service offerings to families, and increasing total revenue by 62% to $78 million.

Bob has been married to his wife, Patty, for 18 years. They live in Danville with their three children, Jack, Gracie, and Mason. Bob also has two older children, Kenedi and Zachary. Zachary works as a Sales Leader at Dignity Memorial.