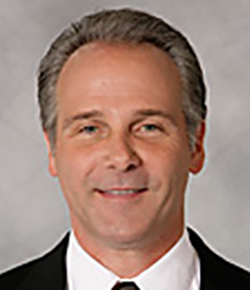 Rick Riffel is a longtime resident of San Mateo County and joined the team at Sneider & Sullivan & O’Connell’s in 2003.

Rick became a funeral director after graduating with honors from the San Francisco College of Mortuary Science. He obtained his licenses and worked at several mortuaries and cemeteries throughout the Bay Area before joining our staff.

As a longtime member of the San Mateo Elks Lodge and St. Gregory Church’s Men’s Club, Rick feels strong ties and connections to his community.

Regarding funeral service, Rick has this to say: “Providing services to members of this community during their moments of need has enriched my life with a sense of gratification and gratitude.”