Comprising 148 acres on both sides of El Camino Real, Cypress Lawn is the largest non-sectarian cemetery in Colma. It was established by prominent local businessman Hamden Holmes Noble in 1892. He was determined to create a classical “garden” setting comparable to those on the East Coast that were revolutionizing the cemetery landscape.

With Mt. Auburn in Massachusetts as his inspiration, Noble carefully designed the 47-acre East Campus with rolling terrain and wide roads, imported hundreds of trees to create a grand arboretum, and carved out lakes. It became and remains the finest example of the 19th century garden cemetery in the western United States.

Among its monuments sit 87 private mausoleums, which are among the most elegant tomb art and statuary in the world. Populated by prominent California pioneers such as William Randolph Hearst, Claus Spreckels, James Flood, Charles Crocker Jr., Charles de Young, and Thomas Larkin, they were created by an array of acclaimed architects, sculptors, bronze artisans, and stained-glass craftsmen of the era. Cypress Lawn represents a veritable outdoor history and art museum. 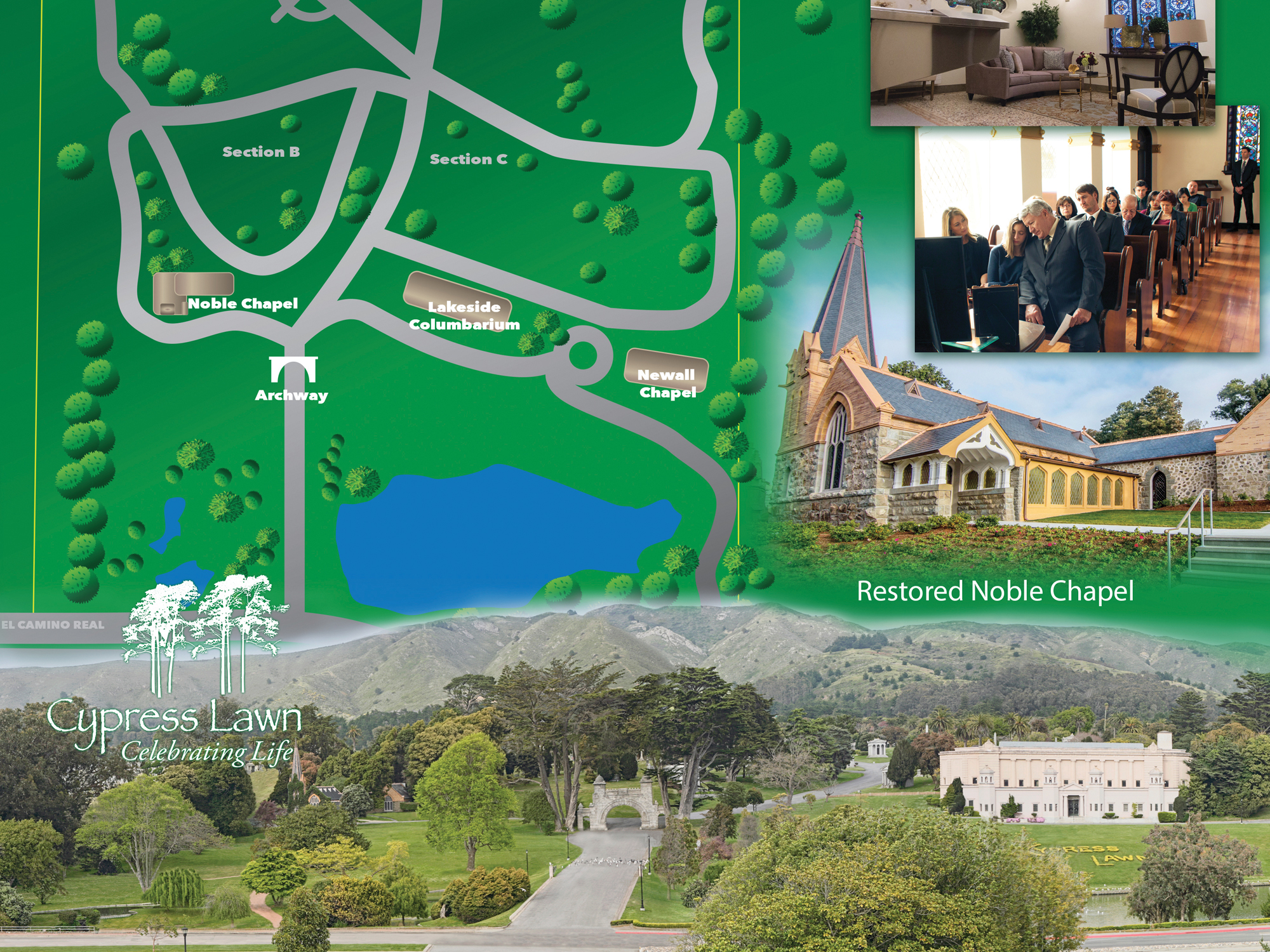