THE HISTORY OF
CYPRESS LAWN

The story of America’s broadening cultural and religious communities, perhaps most apparent on the Pacific Coast, is told in visual terms at Cypress Lawn.

Today, Cypress Lawn’s staff is enriched by a variety of cultural backgrounds and is a dynamic demonstration of what makes our country’s “melting pot” of cultures so beautiful. 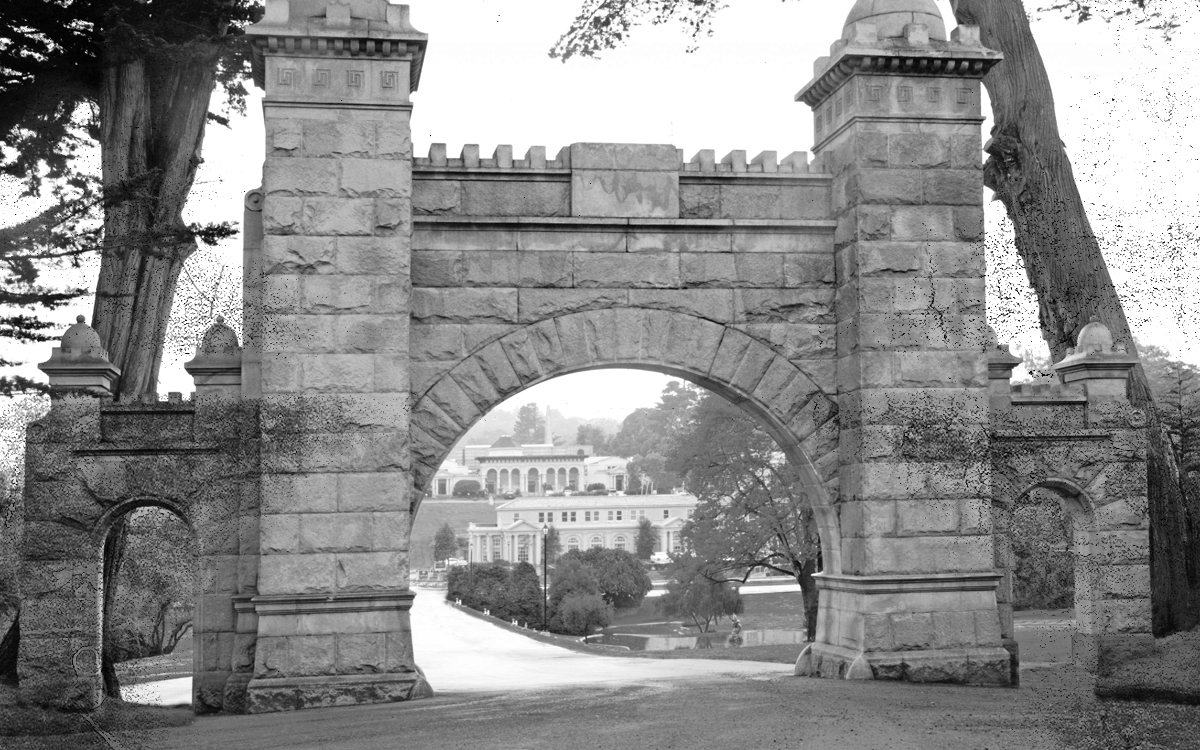 The inspiration for Cypress Lawn started with a carriage ride. Our founder, Hamden Holmes Noble, was riding past San Francisco’s Laurel Hill Cemetery, which had transitioned from a source of pride to an eyesore within a matter of years. San Francisco’s land-hungry residents were turning against cemeteries, and it was during this carriage ride when Noble’s friend urged him to create a solution to the problem.

In 1892, a group of civic-minded men led by Noble established Cypress Lawn a dozen miles south of San Francisco, a safe distance from the political reach of the city, which would later ban all burials, and then, in what was almost unthinkable, later passed a law “evicting” the dead from San Francisco. Because of this, over 35,000 people were later reinterred at Cypress Lawn. 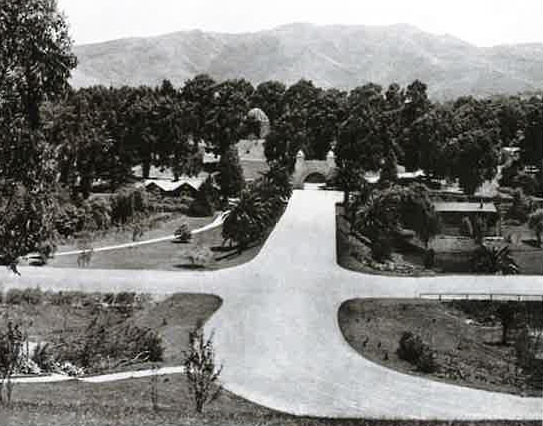 Noble traveled to research cemetery styles and discovered the rural and lawn park cemeteries along the East Coast. What later emerged at Cypress Lawn was 150 acres adorned by carefully selected horticulture to create a beautiful and serene garden. Today, our grounds also include a majestic internationally certified arboretum.

Cypress Lawn became — and still is — the final resting place for many prominent and powerful families across San Francisco and California. Over the years, magnificent monuments and edifices were built to memorialize the achievements of the men and women who shaped the history of the Golden State. These works of art were built by the leading architects, sculptors, and stained-glass craftsmen of the early 20th century.

Cypress Lawn has always been built upon the strength of our community. Noble was surrounded and supported by a dedicated Board of Directors and Board of Trustees, with each man bringing different life experiences and expertise to the table. 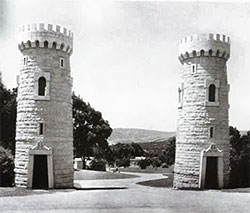 Notable members included: Charles Felton, co-founder of the oil company that became Chevron and also a member of the U.S. Senate and House of Representatives; Irving Scott, a partner in the Union Iron Works, who designed Comstock Lode mining machinery, built battleships, and was a regent of the University of California and a trustee for Stanford University; George W. McNear, who owned large-scale wheat interests, and whose import-export business increased shipping to and from San Francisco; and John Taylor, who manufactured mining and mill machinery, chemicals, chemical supplies, and many others.

Over the course of Cypress Lawn’s first century, these significant names in California’s history became connected to our Memorial Park in an intimate way, investing not only their efforts but also their hearts, money, and time. This group of men powerfully affected the direction of Cypress Lawn and all shared in the responsibility for its success.

Fast forward to today, and all of us still care passionately about maintaining and preserving this Bay Area treasure for the next century — and beyond. The Cypress Lawn Heritage Foundation was created to promote educational and cultural activities and to encourage the preservation and restoration of the incomparable, art, architecture, and arboretum located at Cypress Lawn. You can support this endeavor by becoming a member of the Cypress Lawn Heritage Foundation. 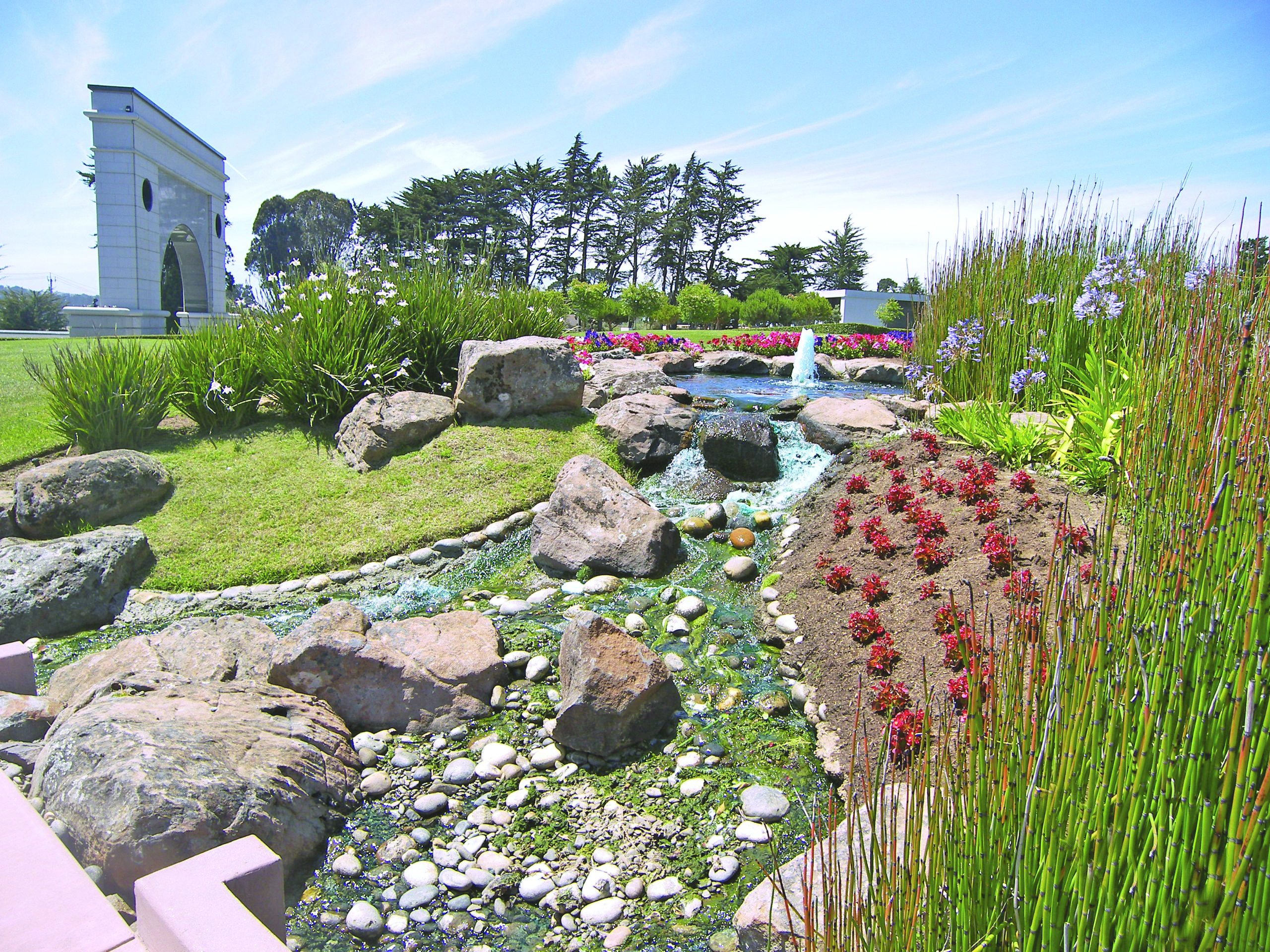 If you would like to learn more about the history of Cypress Lawn and the many notable Californians who are laid to rest here, please visit: Cypress Lawn Heritage Foundation website.

TAKE A TROLLEY TOUR OF THE MEMORIAL PARK