Cypress Lawn acquired Olivet Gardens in 2020. Situated at the base of the San Bruno Mountains, with huge cypress and palm trees throughout, Mount Olivet — as it was originally named — opened in 1896, four years after Cypress Lawn. It was known as the “Cemetery of All Faiths.” Located at 1601 Hillside Blvd., it sits adjacent to our Hillside campus. At present, the site occupies 65 acres and more than 100,000 remains. It features a columbarium with stained-glass skylights and a new 300-seat funeral chapel for services.

One of the most notable monuments was erected in memory of the Show Folks of America, known as “Showman’s Rest.” The organization began holding annual conventions in San Francisco in 1945 and at that time commissioned the burial tribute to circus and carnival people. Many people who worked as clowns and other performers were laid to rest here by the mid-1990s.

A striking 18-foot-tall black granite monument to the Sailors Union of the Pacific was created by prominent sculptor John Stoll. It was dedicated in 1946 by California Gov. Earl Warren to remember the 6,000 Merchant Marines who died over the course of World War II. Many others have been buried in the plot since. It bears the legend: “And the sea shall give up its dead — from every latitude here rest our brothers of the Sailors Union of the Pacific.”

If you have questions about your preneed arrangements already in place at Olivet Gardens, or if you would like to request a tour, please contact us. 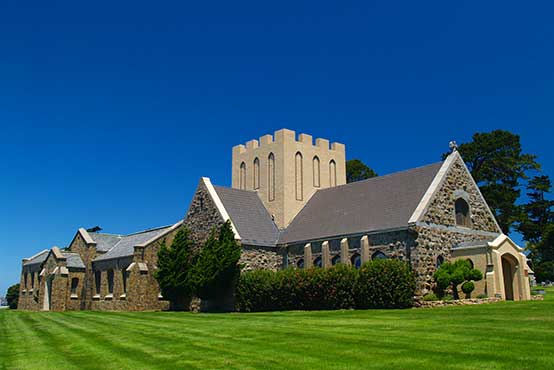 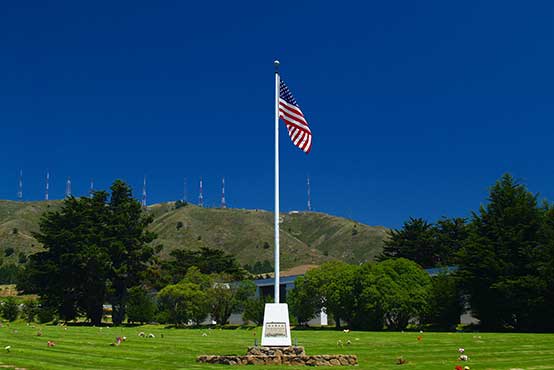 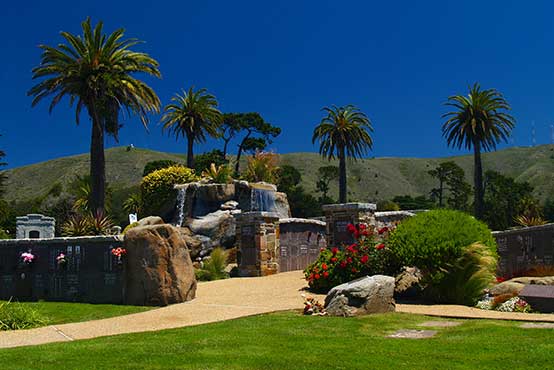