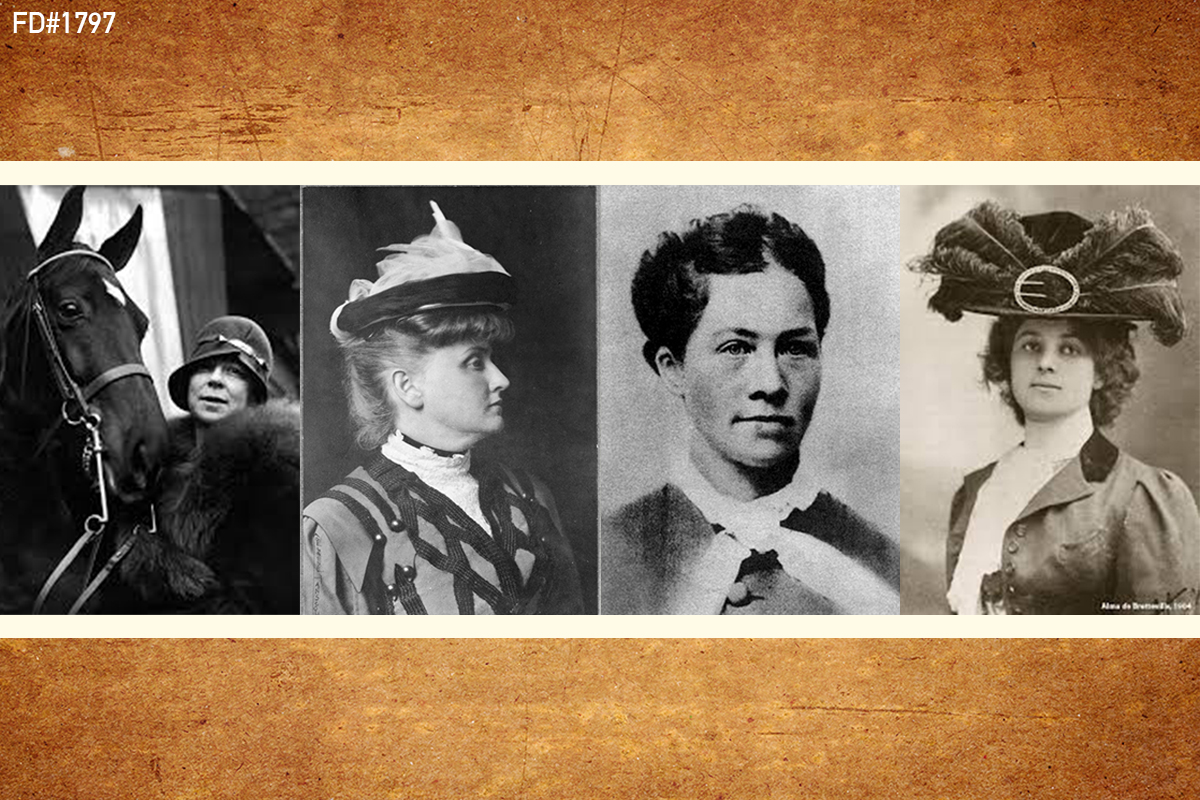 Cypress Lawn has the unique honor of serving as the final resting place for many influential Californians.

These men and women left behind lasting legacies across the state — and the country — that have impacted many of us.

In honor of Women’s History Month, we are highlighting just a few of the incredible women who are laid to rest within our serene Memorial Park.

We hope you enjoy reading the stories of these extraordinary women. If you would like to learn more about the many notable residents of Cypress Lawn, click here to visit our virtual history tour. 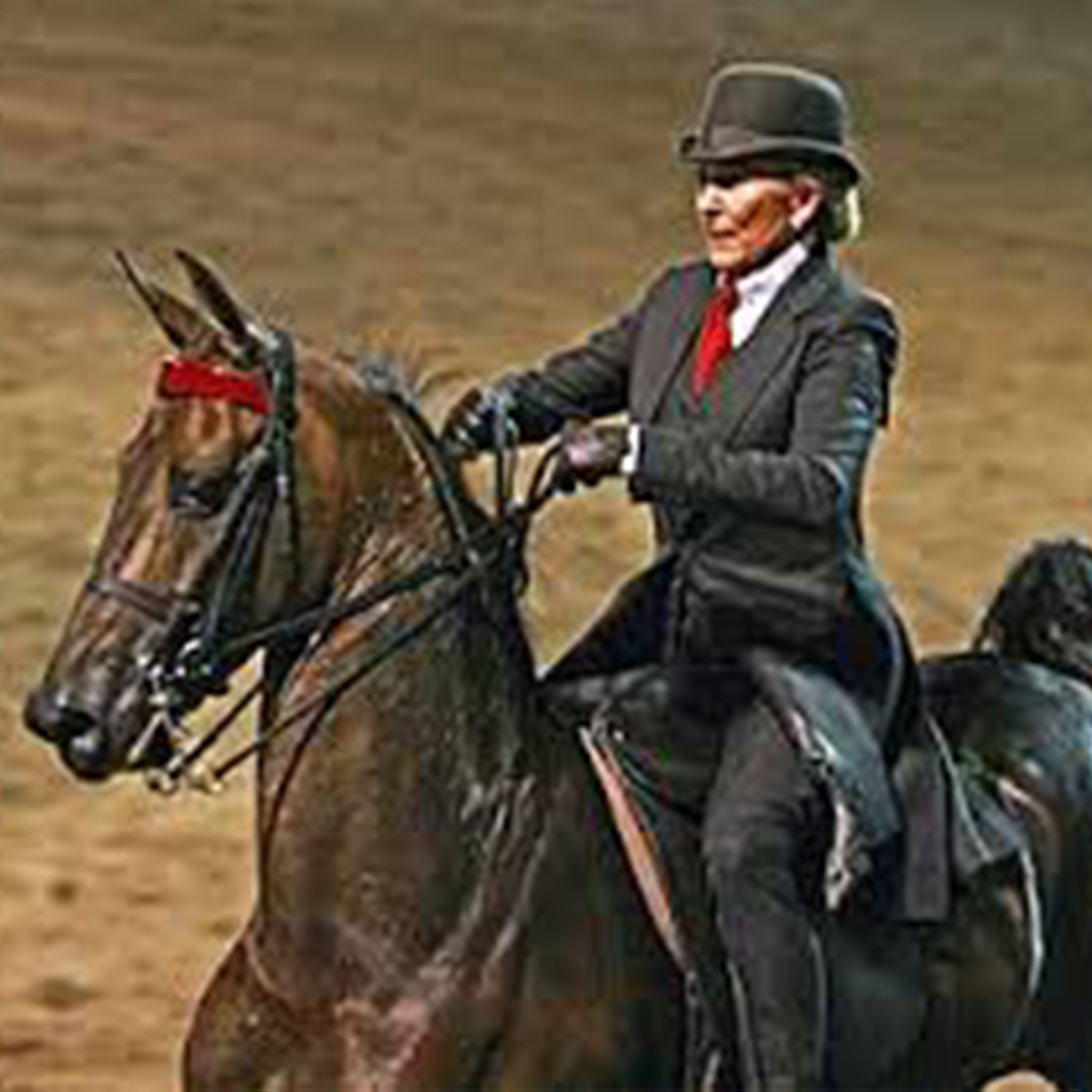 Lurline Roth was the daughter of William Matson, who founded the Matson Steamship Lines. Lurline was a social dynamo in San Francisco and served on the boards of the San Francisco Opera Association and the Fine Arts Museum, but her true passion was horses.

Lurline started her own stable of American show and competition breeds, which she often rode. For over half a century, they dominated the society pages, and she was acclaimed as the “First Lady of the American horse show circuit.”

She developed Why Worry Farm, an elaborate 80-acre complex for horses in Woodside, CA, and eventually purchased the nearby Filoli estate, where she planted a widely celebrated botanic collection of camellias, rhododendrons, and azaleas. After the death of her husband, Lurline donated the 43-room house and 39 acres of its elegantly manicured gardens to the National Trust for Historic Preservation. Today, Filoli is one of the most visited attractions in Northern California.

In 1964, Lurline acquired an old chocolate factory once owned by the renowned Domenico Ghirardelli and renovated and converted it into a complex of shops and restaurants called Ghirardelli Square, which remains a fixture of San Francisco’s Fisherman’s Wharf. 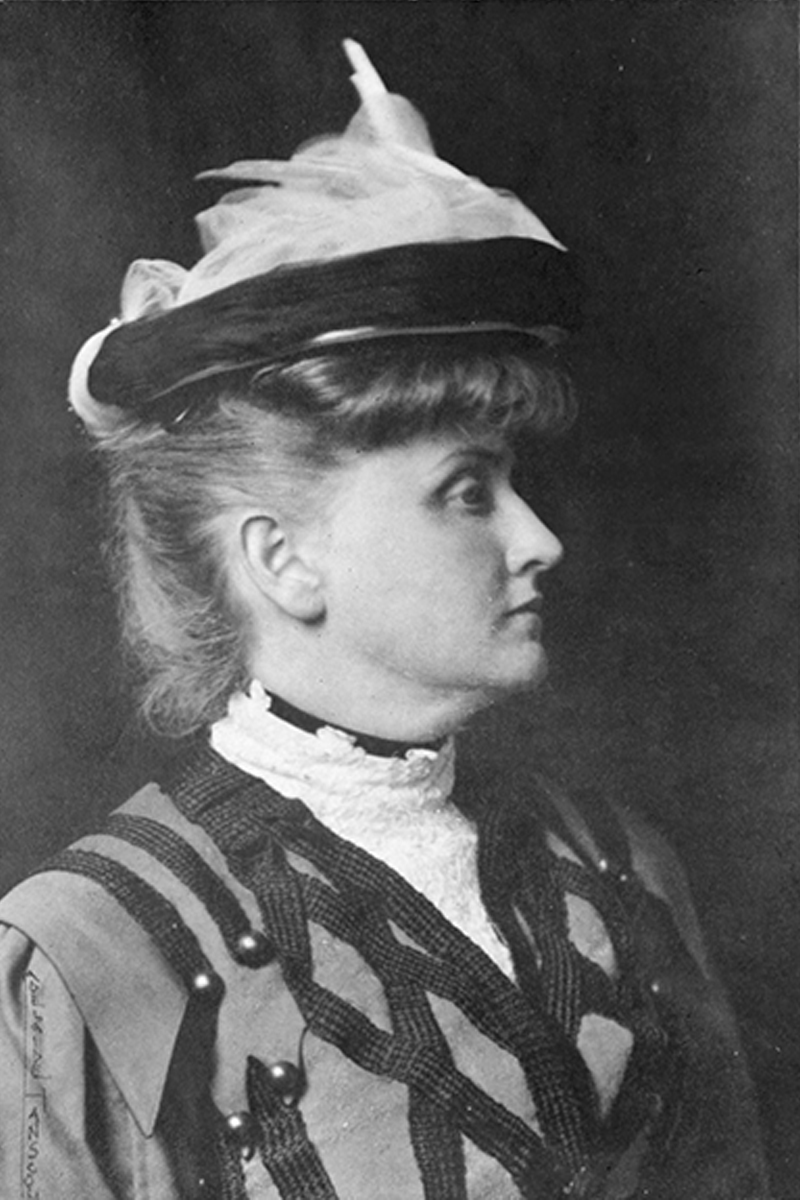 Gertrude Atherton was a San Francisco native who initially published her work under a pseudonym to hide her gender from a public that, at the time, disapproved of female authors.

Gertrude was never enamored with San Francisco society and escaped to Europe to pursue a writing career, but she eventually returned to California. Not only was she a prolific fiction writer of colonial (pre-Gold Rush) California, but she also penned essays and articles for magazines and newspapers on issues such as feminism, politics, and war. Strong-willed and independent, her commentary was often scathing and controversial. She hobnobbed with the rich and famous on both continents.

One of her novels was made into a silent movie featuring superstar Clara Bow. It proved to be a sensation at the time, revealing Gertrude’s imaginative and avant-garde nature. In Black Oxen, a playwright falls in love with an Austrian countess. A lovely young flapper is also in love with him, but he hasn’t noticed her yet — nor does he know that the countess is actually 58 years old and has only regained her youth through a rejuvenating glandular treatment and X-ray surgery. However, the playwright does suspect something is strange because the lady bears a remarkable resemblance to a famous socialite who had mysteriously disappeared some years earlier. His plans to marry the countess are thwarted when one of her former admirers reveals the embarrassing secret. In the end, he finds happiness with the flapper. 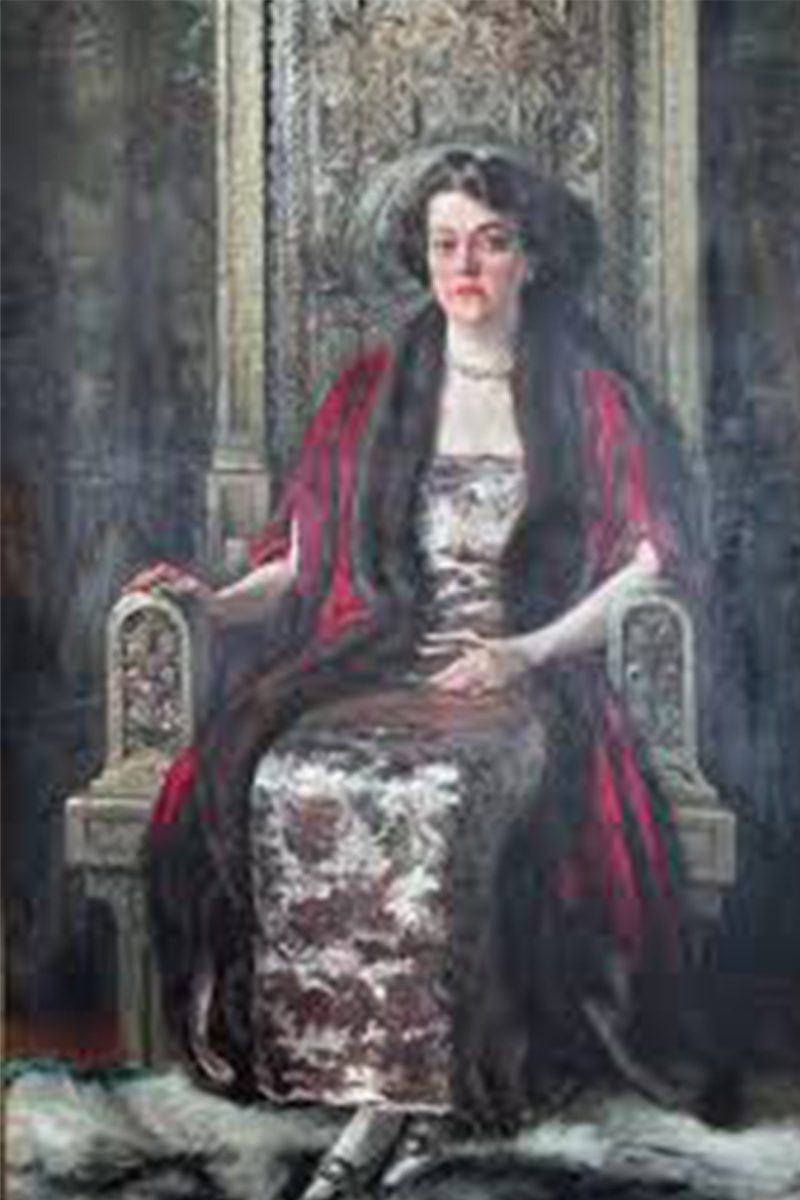 Alma de Bretteville Spreckels, who later became known as “Big Alma,” was born into modest means and began her career as a beautiful — and sometimes risqué — model in San Francisco.

She entered a competition to become “Miss Republic,” whose 9-foot bronze statue would be placed atop an 85-foot tower in the city’s Union Square to commemorate a naval victory that won the Spanish-American War in 1898. The story goes that renowned sculptor Robert Aiken took one look at the stunning 6-foot lady and said, “I don’t need to see anyone else. She’s the one.”

Adolph Spreckels was on the judging committee that selected her statue among other contenders. He said the same thing. He and Alma married after a four-year courtship. He was 24 years her senior. Because he was head of the Spreckels Sugar Company, she often referred to him as her “sugar daddy.”

Alma immediately established herself in San Francisco society, over which she would reign for many decades, earning the unofficial title of “The Great-Grandmother of San Francisco.”

Through charity auctions, she raised millions of dollars during World War I for England and France. Her donors included current and past U.S. presidents. While she was on tour in Europe after the war, President Warren Harding asked her to compile a report on contemporary working conditions for women to be used by the Department of Labor’s Women’s Bureau. 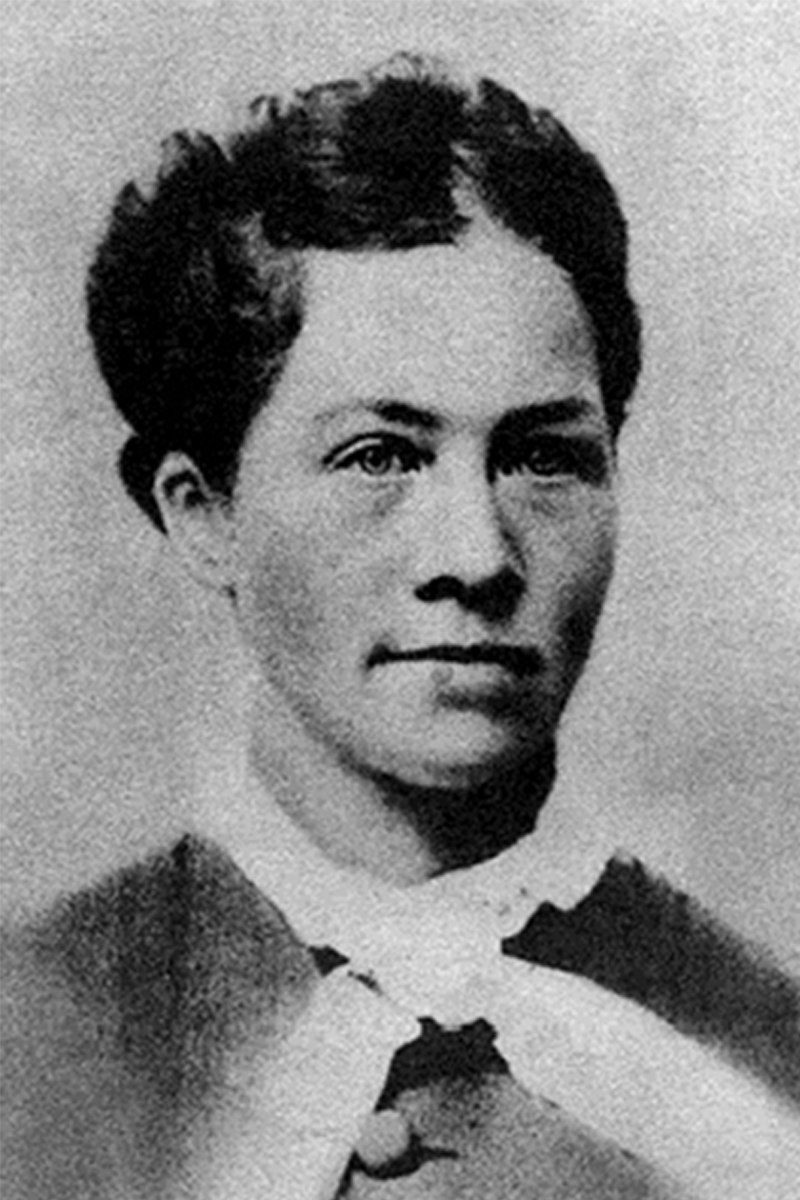 Kate Kennedy was born in Ireland and received her education in a dilapidated convent schoolroom. She went on to learn how to speak four languages and graduated with honors.

Kate came to America during the potato famine of the 1840s. She arrived in San Francisco in 1856 and eventually worked her way up to become the principal of an important grammar school. She was the first woman to serve as principal of a grammar school in California. However, she did not receive a salary comparable to that of male principals or even male teachers.

Kate embarked on a landmark crusade for equal pay for equal work. She was ultimately successful and became the first female principal of a San Francisco school to earn the same salary as a male counterpart. She also pioneered teacher tenure in California. Cypress Lawn hosted a memorial event in her honor in 2018.

Want to learn more about the expansive history and impact that Cypress Lawn has had on the Bay Area — and our state — over the past century? Click here to visit the Cypress Lawn Heritage Foundation website to learn more and explore our vast collection of digital resources.