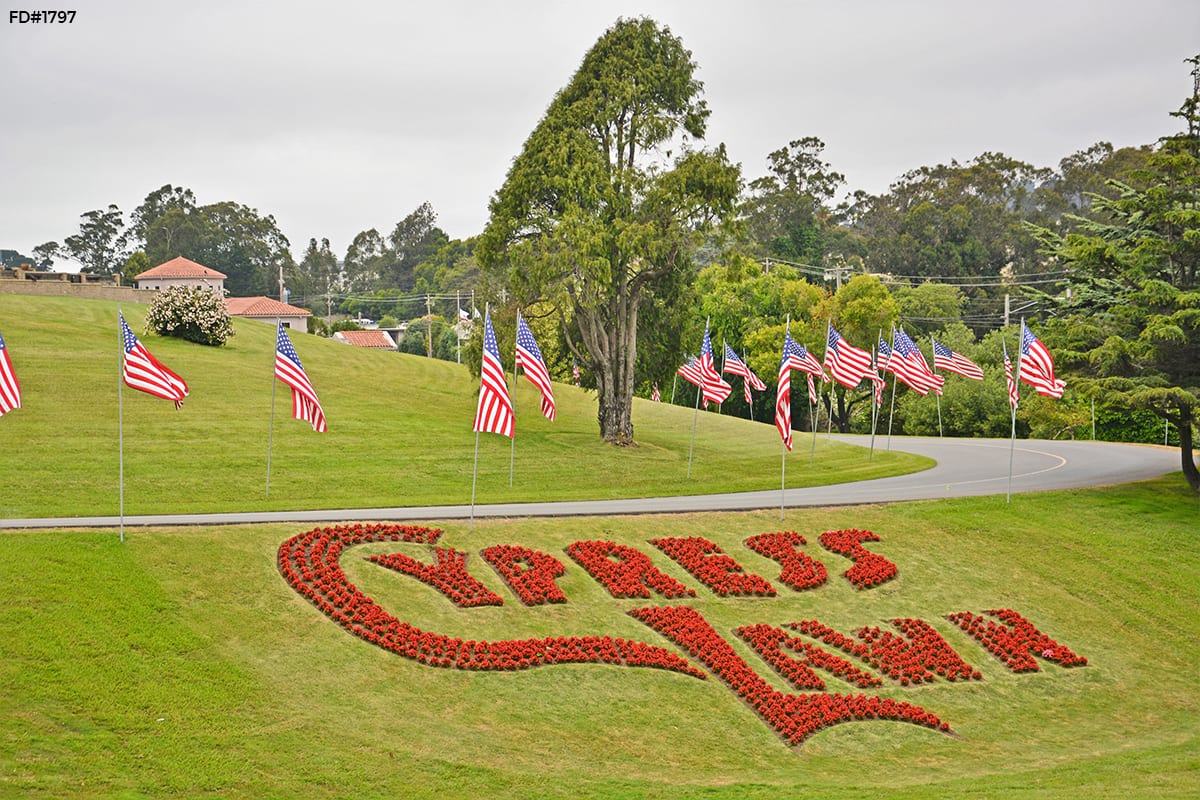 Every year, those in the Bay Area and across the country celebrate Memorial Day with parades, picnics, fireworks, and time spent with friends and family. In the midst of the festivities, it is all too easy to lose sight of the meaning of the holiday: remembering and honoring those who have died while serving in the United States Armed Forces. Here at Cypress Lawn, we cannot overstate the importance of paying tribute to the men and women who have fallen in the line of duty, giving their lives to protect the American ideals of freedom, justice, and equality.

It is a great privilege to honor their sacrifice and express our gratitude for the price so many paid. On Memorial Day here at Cypress Lawn, hundreds of people descend upon our cemetery to decorate the graves of fallen soldiers. This tradition stretches back centuries, as Americans in various towns and cities began holding springtime tributes for fallen soldiers, laying flowers on their graves and joining together in prayer. When the Civil War – which claimed more lives than any conflict in U.S. history – ended in the spring of 1865, the country’s first national cemeteries were established. Three years later, General John A. Logan, leader of an organization for Northern Civil War veterans, called for a nationwide day of remembrance. Originally dubbed Decoration Day, it became more commonly known as Memorial Day after World War II and received that name officially in 1967.

We invite you to join us at Cypress Lawn on May 27th at 11:00 a.m. at our West Side Campus (note the time change from previous years) for our 23rd Annual Memorial Day Service. We are pleased to welcome Keynote Speaker Supervisor David Canepa, who was elected to the San Mateo County Board of Supervisors in November 2016 representing District 5. As a proud fourth-generation San Mateo County resident, Supervisor Canepa served on the Daly City Council from 2008 through 2016, and served as Mayor in 2014.

Guests will also be treated to the following:

It is our privilege to host so many on Memorial Day – and many others all year long as they say their final goodbyes to their military loved ones. We work closely with all families of veterans to make sure they receive any benefits for which their loved one qualified. These arrangements include funerals with full military honors, the playing of Taps, and a special flag presentation ceremony to the family

This May 27th, as you celebrate Memorial Day with those around you, consider how you can honor the memory of those who gave everything in defense of their country. From our Cypress Lawn family to yours, may your day be filled with memories and peace.